The Team Building programs at the Challenger are designed to increase effective communication, active listening, collaboration  and problem-solving in a fun, yet challenging atmosphere.

We have three options: 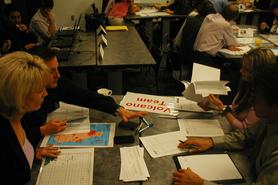 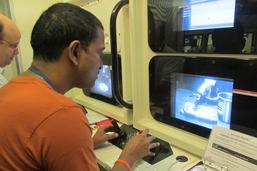 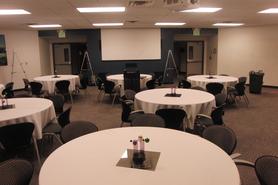 Our Sponsorship Point Program is designed to customize our thank you to you for supporting the Challenger to fit your needs as a company best. 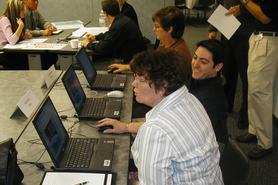 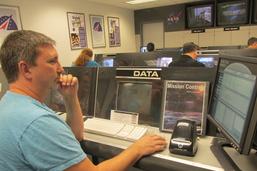 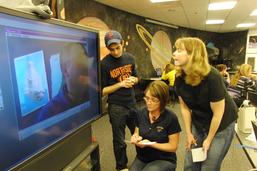 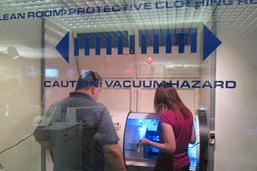 Team Builder requires between 16 and 32 participants.  If your group size is outside of this range, some of these workshops can be scaled to fit, please speak with our Special Events Coordinator for more details.   Our Workshops are $500 per session.  This fee includes the use of one of our meeting rooms for an additional hour at no additional charge.  This fee is all-inclusive; we do not charge any service fees nor tax.  We also include Wi-fi Access and  use of our AV Equipment if needed.   If it would work better for your company, our workshop program can be brought to your office, as well.

These programs are eligible for our Sponsorship Points Program!

Apollo 13 Scrubber (approximately 2 hours)
Houston, we have a problem!  If you remember the blockbuster movie, Apollo 13, then you will enjoy this team program designed by the Challenger Space Center staff.  Your group must become quick-thinking engineers to design, build, test and re-test a critical CO2 filter to save the lives of the crew of the Apollo 13.  Using only the materials available aboard the space craft, the challenge is to think "outside of the box" and construct this critical component and thus save the crew from perishing.  The question is, Can you do it in time?

The next generation of passenger air travel at speeds faster than sound.  Your team has been selected to submit a design for the new surface shield used for these planes.  In order to win the contract, you must build a shield capable of surviving the heat of reentry and extreme environments of earth's upper atmosphere.  It must also be as economical and lightweight as possible.  The fun begins as your group designs the heat shield and puts it to the ultimate test, two minutes in front of a blow torch.

Stardust (Approximately 2 hours)
STARDUST is an engineering team builder where participants will design a version of the STARDUST probe to fly through the coma of a comet, collecting material for scientists to analyze on Earth.  Each team designs and builds a model of their probe using the parts available while trying to maintain their budget. Once the STARDUST probe is complete, the teams present their probe to our Flight Director and try to sell their design concept.

Our E-Missions are approximately 3 hours long, and can be held at your facility or ours.  These experiences are designed for groups between 8 and 25 participants in size.  Our E-Missions are $1000 per session.

This program is eligible for our Sponsorship Points Program!

​These 2-2.5 hour long missions take place in our Simulator.  This type of Team Builder requires between 16 and 32 participants.  For larger groups, the missions can be incorporated into a break out session meeting format.  Our Missions are $1200 per session.  This fee includes the use of one of our meeting rooms for an additional hour at no additional charge.  This fee is all-inclusive; we do not charge any service fees nor tax.  We also include Wi-fi Access and use of our AV Equipment if needed.

These programs are eligible for our Sponsorship Points Program!

Return to the Moon

The year is 2030. For the first time since 1972, a crew of astronauts is returning to the Moon, this time to stay. The mission begins with the Spacecraft in Earth's orbit. The crew aboard the spacecraft will leave Earth's orbit and travel to the Moon. During the course of the mission the crew will build and launch a probe to the lunar surface, recover a probe that is stranded in space, repair the damaged probe and determine the best site for the establishment of the first permanent lunar base.

Team members in both Mission Control and the Spacecraft must work and decide together how best to accomplish these tasks. The anticipation builds as the Moon nears. The retrorockets fire, we enter the gravitational pull of the Moon and we have touchdown!

Rendezvous with a Comet

Take part in a daring trek of exploration as, once again, comet Encke travels close to the Sun and Earth. This time, human space travelers, as well as space probes, will undertake scientific missions to the great comet. Years of planning and hard work have been invested to get to this vital moment. Team members in both the Spacecraft and Mission Control must work together to rendezvous with the comet's tail, and successfully launch a scientific probe. Along the way, team members will also encounter many important tasks that need to be performed. Journey with us on this important mission; the great comet awaits!

The time frame of this mission is sometime in the not-too-distant future, when humans have established a permanent base on Mars. Crew members will serve as the first crew on Mars and the relief crew en route to the planet. While on the Martian surface, the team will have collected and analyzed a great number of planetary samples and data.

This information is vital to scientists for a better understanding of the planet Mars. Crew members also will have gained an appreciation for the "luxuries" of planet Earth such as air, water and food as compared to a barren planet such as Mars.

Your group will be entrusted to save the lives of the residents of the Caribbean island of Montserrat, home to one of the world's most active volcanoes.  Based on a real life scenario, this team building program will have your group tracking the lava flows of the volcano, estimating the path of a Category 5 hurricane, and devising a plan to get the residents out of harm's way, and communicating with a command central to make the rescue operation run smoothly. 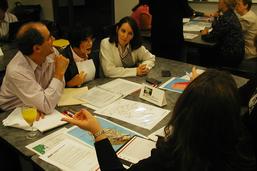 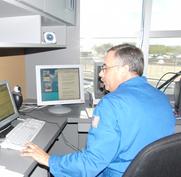 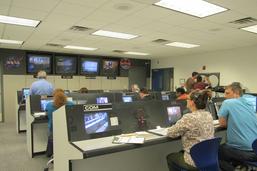 Thank you for contacting us! If needed, you will hear back within 48-72 hours.
View on Mobile